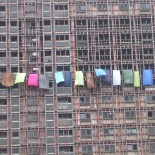 Bringing together researchers, practitioners and policy makers working with migrants, refugees and asylum seekers in Scotland

Slammed by the courts and a report by the Defender of Rights, the government must stop making the already difficult conditions of migrants even worse

by Anne Chatelain and Michaël Neuman

Médecins sans Frontières has been running interventions for two months in the Calais ‘jungle’, Grande-Synthe and Norrent-Fontes.   For a long time, the idea that the medical problems weren’t so serious, that the State was meeting its basic responsibilities and that it was beyond our mandate to get involved in migration politics overshadowed any attention we might have been able to bring to bear on these camps. But these times have changed, and it has taken even less to be as aggrieved by these policies as by their effects on the living conditions of people in the so-called “jungle” and other areas in the region.

Accustomed to running interventions in countries facing major political and health crises, we decided to set up medical consultations, take part in cleaning up waste, build health facilities as well as build and distribute shelters, all in a country which boasts its standing as a global power. It only takes a visit to the Calais camp or one of the areas in the Dunkirk region to see the deplorable conditions in which migrants are living as an inadequate view taken by the French government.

France is not the only European country to mistreat or threaten further the insecurity of asylum seekers. Water cannons, tasers, unexpected border closures or the sudden triage by nationality at border checkpoints… the obstacles to movement that migrants face are increasing. Not to be outdone, the French authorities and law enforcement agencies control these unmanageable migrants with tear gas. Not long ago, we learned that a British citizen had been arrested for trying to smuggle out a four year old Afghani girl helping her to join her family in Leeds. How strange this country which, in collaboration with the UK, does not permit either the arrival or departure of people who clearly have no desire to stay.

However Calais, like Grande Synthe, is France and the French State is directly responsible.   Moreover, this is what the courts stated in a decision made on 2 November, ordering the Pas-de Calais prefecture and the Calais town hall to improve living conditions in the camp following an appeal for the protection of fundamental liberties launched by Médecins du Monde, Secours Catholique and six asylum seekers. This decision also responded somewhat to a letter from the Minister of the Interior to Jacques Toubon the Defender of Rights following the latter’s report on the situation of asylum seekers in the Calais region.

This uncompromising document on the breaches to migrant and asylum seekers’ fundamental rights provoked a single response: a letter aimed at discrediting this institution. Demonstrating once more the contempt in which the Minister of the interior holds these people as well as those they are looking out for, this court decision was appealed, going as far as holding migrants themselves responsible for the repeated tragedies of which they are in fact victims. Fortunately this appeal has been rejected.

You only have to consider the fate of some thousands of individuals, 1,500 in Grande-Synthe, just under 6000 people in Calais, a few hundred more spread out in makeshift camps across the region of Nord-Pas-de-Calais. You only have to take stock of the situation; France promises to build a camp for 1500 people or begin relocations to ‘reception centres’, and other ‘reception centres for asylum seekers’, whilst Germany shows its generous side despite difficulties, and neighbouring countries to Syria welcome more than 4 million refugees on their lands. The French authorities promote their country as being ‘open’ whilst feigning surprise at the condemnation they evoke.

Migrants flee war, repression or living conditions they believe are unacceptable. Their situation in the North of France represents France’s own part in the failure of European policies to welcome refugees; policies that rely on insecurity and the haggling between states as much as they rely on the building of physical and virtual walls to keep migrants at Europe’s borders.

Following the example of most European leaders and heads of states, France’s leaders today are ready to sacrifice and mistreat millions of lives in the vain hope of dissuading future asylum seekers. In Calais, this policy is fanning tensions just as it reinforces perceptions of an increasingly inhospitable France. What goes unsaid is whether this outcome is one that France should be bragging about.

At the time of writing Anne Chatelain was Deputy Programme Manager, MSF migration Projects. Michaël Neuman is the Director of Studies at MSF – Crash.

* This article was originally published in French in in Slate Magazine on 4 December 2015, accessible here. The article was translated into English by Teresa Piacentini.